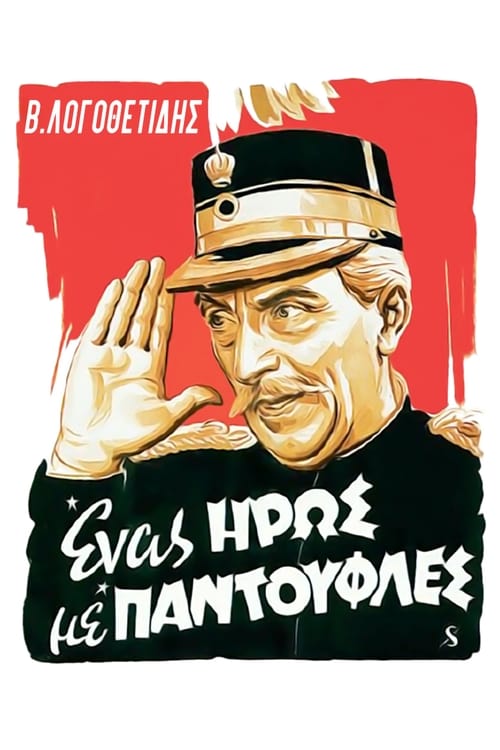 A Hero in his Slippers

A veteran general, living poorly but honestly with his wife and his daughter, is visited by his future son-in-law who informs him that he is going to immigrate to Australia. On the same day, his cousin Apostolos pays him a visit as well and tells him that the government intending to honor him has decided to construct his statue and place it at the small square in front of his house.